Take a look at our list of the best par 5s in the world.

The Best Par 5s In The World

What are some of the best long holes in the game? Well to answer that very question we have attempted to create a definitive list of the world’s best par-5s.

In all likelihood there will of course be some we have forgotten and if that is the case then please let us know via our social media channels.

Adare Manor has shot to prominence of late thanks to incredible renovation project done to it, and the fact it will host the 2026 Ryder Cup. One of its best holes is the par-5 18th which has a spectacular second shot as players have to hit over the water to a narrow green, with the resplendent manor framing it beautifully.

The finest hole at Alwoodley, a course that has had the hands of Harry Colt and Alister Mackenzie worked upon it, is the 3rd. It may look devoid of hazards and looks fairly simple, but that is exactly what it wants you to think.

The final hole of Amen Corner requires little explanation. It is a hole that always features prominently on Masters sunday and is more than capable of offering up an eagle, or a seven.

The beauty of this Tillinghast par-5 is in the bunkering which forces you to play the hole with strategy in mind, not just power.

The 15th and 18th holes at Cabot Cliffs are both sublime thanks to their proximity to the cliffs and stunning ocean. Sure the 16th and 17th holes may adorn more calendars and photo albums, but these two par-5s should get recognition too.

Situated in Hawke’s Bay the scale of the land at Cape Kidnappers is mind-boggling and the penalty for missing a fairway or green by a significant margin will result in a lost ball as it likely plummets into the waves below.

The 650-yard 15th hole, with a playable area of just 40 yards wide, is the clearest example of how incredible, and penal the course can be.

“Hogan’s Alley” is a perfect par 5. Bunkers wait right and out-of-bounds hugs the left side from the tee. The drive must be arrow straight to find the fairway – a feat Ben Hogan achieved four times en-route to winning the 1953 Open.

A burn snakes across the hole further down and out-of-bounds continues to loom. The challenge continues on the undulating green, protected by bunkers.

On a clear day, you can see all the way to the mountains of the Lake District.

The fabulously shaped fairway kinks to the right before turning left between dunes on both sides.

The hole then sweeps round towards a green that’s framed by a striking circle of high pines.

The 18th at Kapalua is a massive hole measuring over 650 yards for the tour professionals. A Bill Coore and Ben Crenshaw creation on the island of Hawaii, the 18th slopes downhill from the tee all the way to the green and it slowly curves to the left around a giant area of scrubland and bushes.

There are plenty of fine holes on the Arnold Palmer course at The K Club with arguably the best being the 16th hole which has a green on an island in the middle of the Liffey. 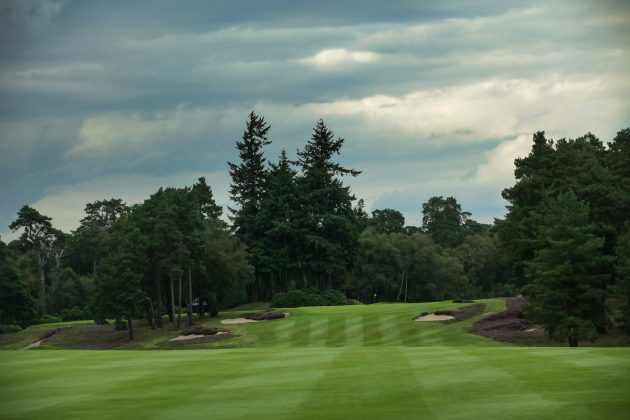 A beautiful long hole, the 13th at Liphook is named ‘Two Counties’ as a waterway marking the border between Hampshire and West Sussex crosses the fairway some 130 yards short of the green.

From the tee, the hole plays gently downhill to a gorgeously shaped fairway lined with heather.

On the approach, the hole moves back uphill to a green protected by clever bunkering and run-offs. Pines and flowering shrubs frame the putting surface, making it one of the most enticing approaches you’ll ever play.

Muirfield never fails to deliver and it’s largely because of the simply superb test that this historic and unique links presents. The 9th hole is a case in point as bunkers and deep rough await you, as does the out of bounds which runs all the way down the left-hand side.

Thankfully this par-5 allows you to see the famous Church Pews bunker one more time although it would be advised to stay out of it. In fact it is no mean feat to avoid all of the bunkers on this testing and brilliant three-shotter. 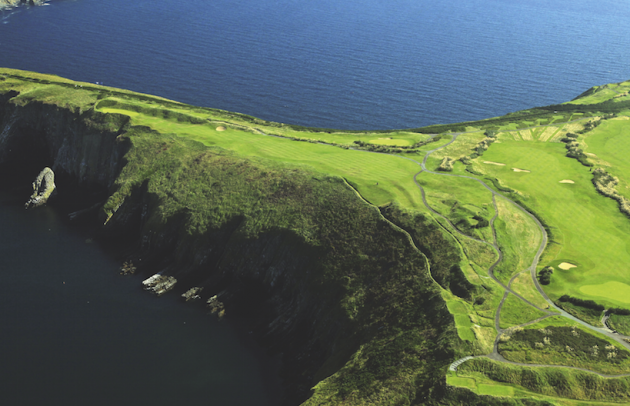 One of the most striking holes in the world, this is a sprawling par 5, played along a narrow spit of land out towards the most northerly point of the course.

Both the 6th and 18th holes are iconic at Pebble Beach. The 6th starts off a legendary run of holes as it plays down and uphill to a green seemingly jutting out into the Pacific.

The 18th works its way along the coast with the tee shot and second shot testing the nerve of those going for glory.

The 7th is renowned for having Hell’s Half-acre whereas the 15th is the only hole on the course that has a continuous fairway. Don’t think it is easy though as it is the longest hole on the course and it is nearly impossible to get on in two.

The dogleg-left 17th is the second and final par-5 on the course, and most will remember it for Padraig Harrington’s stunning eagle in 2008.

The tee shot is framed beautifully, with two huge sand dunes on either side of the fairway and two bunkers on the outside of the dogleg. The approach is not easy either as the putting surface is huge and undulating, with four pot bunkers protecting either side.

Perhaps not as well regarded as other holes, the 18th at Royal County Down is still spectacular as you can see above. The tee shot has a narrow fairway to target with bunkers on either side beckoning your ball to them.

The approach gets narrower still as the hole slightly doglegs to the left towards the clubhouse.

Royal Dornoch delivers a selection of highly individual and unadulterated golf holes flowing across the most exquisite playing surfaces. One of the best is the 9th.

With a helping wind, this hole provides a chance to pick up a shot. But trouble lurks and this par-5 has witnessed plenty of disasters over the years.

Out of bounds runs down the entire right side and a stream crosses the fairway half way down the hole. The green is heavily undulating and balls tend to run towards another stream.

One of the newest holes, and one of the most impressive, is the par-5 7th which is absolutely stunning and fits seamlessly into the routing. It isn’t easy either, just ask David Duval who scored a 14 here at the 2019 Open Championship.

The long 14th on the Old Course at St Andrews features one of the world’s most notorious golfing hazards: the sprawling ‘Hell’ bunker lies ominously in a hollow some 100 yards short of the putting surface.

Not only does it cover an area of some 300 square yards, but it’s also almost seven feet deep with a steep revetted face. Put simply, you must stay out of it otherwise it will tarnish your memory of this fantastic par-5. 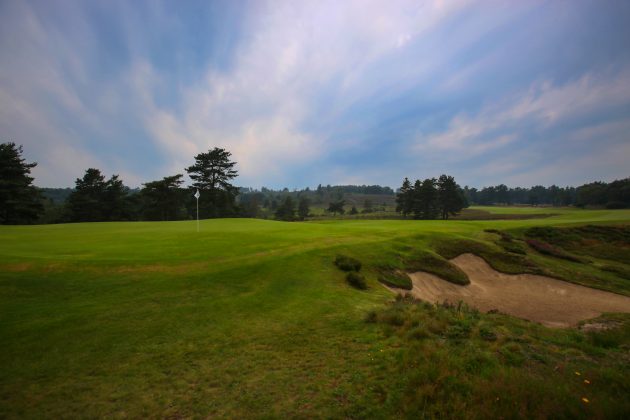 The view from the elevated tee on this wonderful par 5 is inspiring, offering expansive vistas of the surrounding heathland and the distant flag, a fluttering speck across a sea of heather.

This par-5 may get forgotten because of the final two holes, but it is still a great hole in its own right. Players ideally have to hit a draw off the tee to skirt the tall trees to the left of the fairway.

Then if a player wants to go for the green in two, the idea ball flight is a fade but don’t over do it because the water lurks on the right. 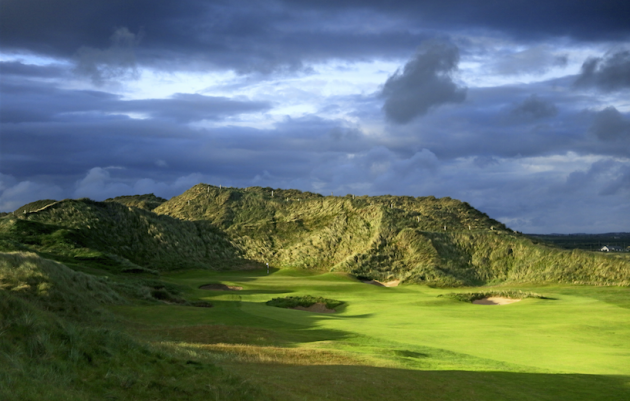 The spectacular course at Doonbeg starts with an incredible par 5. It leads the golfer right into the dunes and gives a clear indication of the dramatic terrain that will be a feature of the whole round on this captivating west-Irish links.

One of the most famous finishes in English golf, the final two par-5s at Wentworth are excellent holes indeed. The 17th requires  two perfectly executed shots that ideally would be drawing into the green.

The 18th is a brilliant hole that is a fitting finale for the BMW PGA Championship.