We take a look at some of the best golf courses in India.

The Best Golf Courses In India

Many travelling golfers now look for something new and and different from their golfing expeditions and India is one such location that should be a growing port of call in this regard.

Acknowledging this, we have looked at some of the best golf courses in the country below.

DLF Golf & Country Club started in 1999 with an Arnold Palmer designed layout and then more land became available which led to Gary Player being commissioned to build another layout there.

This took the form of nine new holes and a slight refashioning of nine of Palmer’s which has created a facility with 27-hole world class holes. Player’s design is dramatic in every sense of the word and have some truly incredible bunkers, as shown by television coverage during the DLF Hero Indian Open hosted there each year on the European Tour. 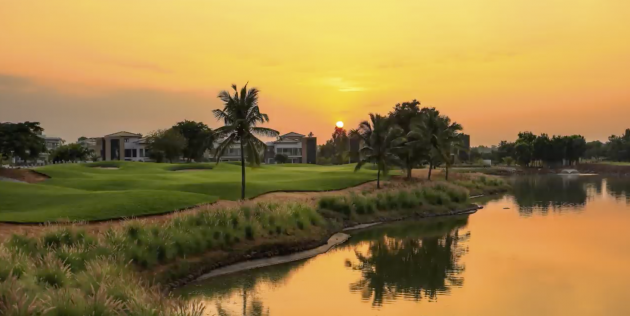 A beautiful but tough golf course, Prestige Golfshire in Bangalore has a huge lake alongside it with several holes playing near its edges. Mountains and countryside also provide incredible backdrops as well.

Classic Golf & Country Club was the first Jack Nicklaus signature design in the country back in 1998.

There are three loops of nine, with the Ridge and Valley close to the airy clubhouse. Each is a standard par-36, and there is plenty of width off most tees with the trademark Nicklaus bunkering waiting to punish mis-hits.

Founded in 1829, this is the oldest golf club in the world outside the UK. And whereas history doesn’t always lend itself to a quality course, this oasis in the city is a genuine pearl scoring highly in terms of design, challenge, beauty and atmosphere.

It runs over what were originally paddy fields, but subsequent planting has resulted in fairways lined by mature and attractive trees.

The Delhi Golf Club, a municipal course in the early 1930s became a corporate entity in 24th February 1950.

The Course, comprises of the championship 18 hole Lodhi Course, part of the Asian PGA Tour, and the shorter 9 hole Peacock Course.

Martin Hawtree is responsible for the inland links at Golden Greens.

The club credits the Aravilli hills as co-designer, and it is a very popular course running over a large dune-scape. The main defence is strategic bunkering and some jungle-like undergrowth on several holes which calls for straight driving.

Kalhaar Blues and Greens is another Jack Nicklaus designed course which regularly gets talked about as one of the toughest in India.

The site is massive and the course can stretch to nearly 7,500 yards off the back tees!