A global competitor during his playing days, Gary Player has turned his attention to course design on a global scale.

What Courses Has Gary Player Designed?

One of the most successful golfers to ever play the game, Gary Player won tournaments all around the world on scores of different courses. No doubt many of these have influenced Player’s design ideology as in the present day he has become a course designer with many stunning tracks to his name.

Below we have taken a look at some of them.

Opened in 2008, BlackSeaRama sits right next to the Black Sea and offers incredible views and stunning golf thanks to its clifftop setting. 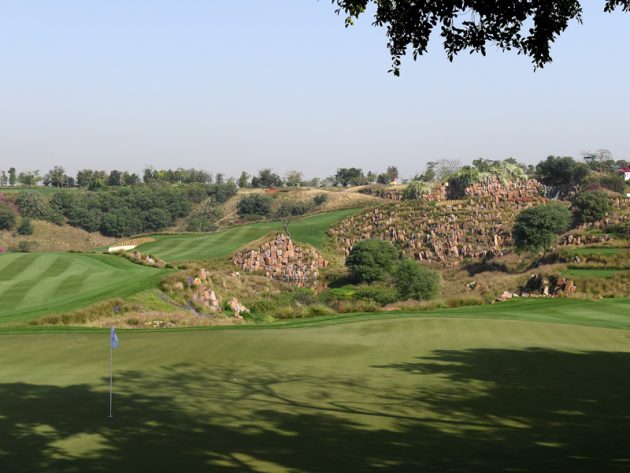 DLF Golf & Country Club started in 1999 with an Arnold Palmer designed layout and then more land became available which led to Player being commissioned to build another layout there. This took the form of nine new holes and a slight refashioning of nine of Palmer’s which has created a facility with 27-hole world class holes. Player’s design is dramatic in every sense of the word and have some truly incredible bunkers, as shown by television coverage during the DLF Hero Indian Open hosted there each year on the European Tour.

It’s a supremely beautiful stretch of coastline with a moderate climate and incredible array of flora and fauna.

Fancourt has three courses, all designed by  Player.

The premier track is the Links, venue for the 2003 Presidents Cup and the 2012 Volvo Golf Champions event won by Branden Grace.

It’s an incredible design inspired by the great links tracks of Scotland and Ireland and is generally regarded as one of the very best courses in South Africa.

Home to the Nedbank Golf Challenge, Gary Player Country Club was designed by the man himself with some help from Ron Kirby. Despite the course being relatively flat, it is still a lovely test of golf thanks to strategically placed bunkering and beautiful greens.

The course had major renovation work done to it in 2017 which included a total redesign of the 12th green and the kikuyu grass was replaced by Bermuda because it requires less water to maintain it. 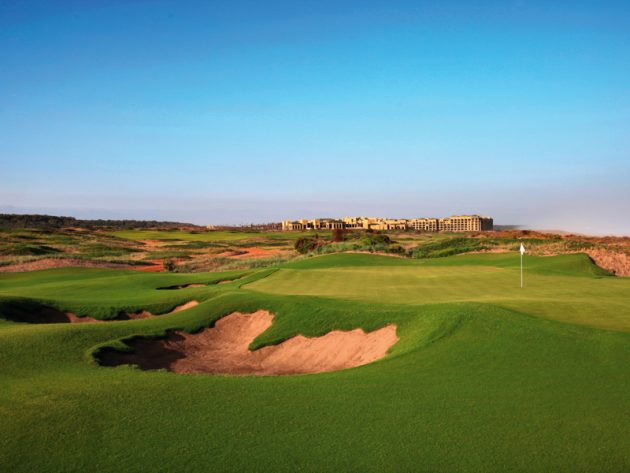 Add this to a clever layout and the spectacular views over the Atlantic as you traverse the back nine and this is possibly the finest course in the country.

One of the finest courses in Indonesia, Player’s Ria Bintan design beautifully combines holes that carve their way through the jungle with those that stretch alongside and towards the sea.

Measuring a whopping 7,806 yards off the back tees, Player’s Saadiyat Beach course in Abu Dhabi is spectacular in just about every way. Opened in 2010 it has been billed as the Persian Gulf’s first ocean course.

Thracian Cliffs runs alongside cliffs in Bulgaria and all its holes have a view of the Black Sea. The course is laid out on a series of shelves between cliff sides. The first eight holes on this out-and-back design have the sea on the right, and then you turn back. At the turn there is a huge cliff wall on the right, echoing to the sound of tee shots.

Frequently living in the shadow of its brother the West Course, the Edinburgh design at Wentworth Golf Club also warrants considerable respect and admiration.

The man responsible for the main design work was John Jacobs however Player and Bernard Gallagher were brought in to give their considerable expertise and design thoughts.