The Golden Bear has become a huge name in golf architecture. We look at his best courses.

What Courses Has Jack Nicklaus Designed?

Of course we all know of Jack Nicklaus and his playing exploits, but he, along with his Nicklaus Design company, have created courses all around the world to rise up the golf architecture ladder too. Below we have taken a look at some of the best.

Just along the coast about 45 minutes from the Dubai International Airport is the Al Zorah golf complex. The golf course has been designed by Nicklaus Design to flow around two large lakes, with wide fairways a feature of the layout.

Opened for play in 1993, the PGA Centenary at the amazing Gleneagles Resort has a stadium design built for big events such as the Ryder Cup (2014) and Solheim Cup (2019). Nicklaus himself once said that it was “the finest piece of land in the world i have ever been given to work with.”

Great Northern was created by Jack Nicklaus and his design team who, according to their website, took great care in maximising the beautiful existing terrain and features, whilst at the same time taking into account the significant winds that can be a factor in the region.

Indeed there is also plenty of drama on display as shown by the incredible looking 18th hole as shown above.

Nicklaus teamed up with Pete and Alice Dye to design Harbour Town, the home of the RBC Heritage. Of course the most famous hole is the 18th with its incredible difficult and lighthouse.

Host of the 2015 Presidents Cup, it is said huge amount of soil was moved to create the layout for the course at the Jack Nicklaus Golf Club Korea. The 18 holes is made up of two distinct nine, the Urban and the Links.

Turtle Point may not be as famous as the Ocean course at Kiawah Island, but it will still amaze. It was unveiled in 1981. 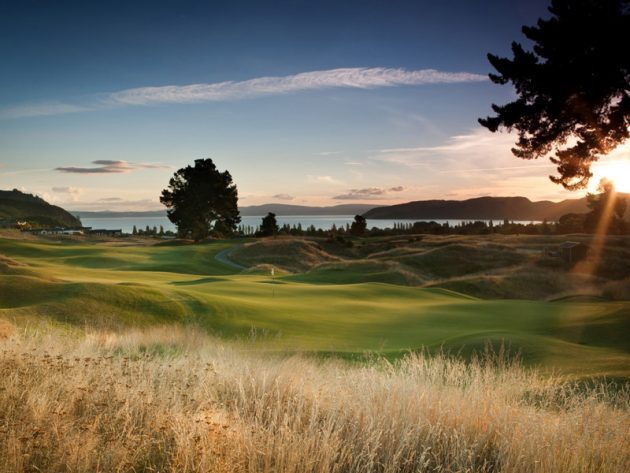 Jack Nicklaus created this course at the centre of the North Island of New Zealand. It has over 100 bunkers, heavily contoured fairways and elevated greens which all combine to make it one of the country’s toughest tests. The views out to Lake Taupo are stunning too.

Opened for play in 1994, the World Cup course is one of 12 layouts at the prestigious Mission Hills Golf Club. For years it had been used as the venue for the World Cup but it no longer hosts the event.

One of the finest courses in Europe, the North course at Monte Rei has plenty of water hazards and some incredible bunkering to boot. The Algarve is one of the hottest golf spots on the planet and Monte Rei is arguably the best of the lot.

Jack Nicklaus’ handsome creation on the Mount Juliet Estate in Kilkenny is parkland golf at its best; tranquil, beautiful and at times generously open, but with holes that are beautifully framed. It’s among Ireland’s best modern parkland layouts.

Jack’s hometown course, Muirfield Village has become a regular feature on the PGA Tour thanks to Jack’s event, The Memorial Tournament being one of the top events throughout the year. During the design period the objective was to create Ohio’s Augusta National and there was no expense spared during construction. Jack commented, “I set out to build not only an outstanding golf course for every level of player, but a magnificent course for watching a tournament.”

His first European course design, this course opened in 1988 and will test all who come before it. To put it lightly, there are no easy holes here thanks to strategically placed hazards, intimidating tee shots and multi-tiered greens.

A private facility, The Bears Club is home to many of the worlds top golfers like Rory McIlroy and Justin Thomas. It was inaugurated in 1999 and opened in 2000 as Jack looked to create a world-class course close to where he lives in South Florida.

Built with the New York skyline a stones throw away, Trump Golf Links Ferry Point is one of the finest courses in the state.