We take a look at some of the finest courses designed by The Great White Shark.

What Courses Has Greg Norman Designed?

After having a brilliant playing career which saw him win Majors and get to world number one, Australian Greg Norman these days has turned his attention to course design. Below we have taken a look at some of his finest work.

Widely believed to be one of the best golf courses in the Middle East, Al Mouj lies at the heart of a luxury leisure and residential complex, with the course beautifully positioned along a stunning stretch of coastline.

His first Middle East design, the Earth course was designed with championship golf in mind. It hosts the DP World Tour Championship every year on the European Tour and Norman has called the last four holes the most challenging mile in golf. He also designed the Fire course at the resort as well but that doesn’t have the pedigree of the Earth course.

The 10th layout to open at the massive Mission Hills resort in China, Norman’s course opened in 2004 and is arguably the best course of the 10 designs there. The scale of the 18 holes is large and visually stunning thanks to the surrounding areas and beautiful bunkering. 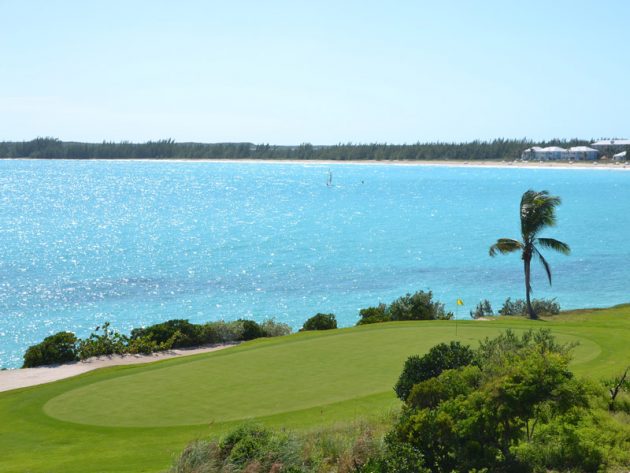 Designed by Greg Norman, Emerald Bay is stunning layout that winds its way through seaside dunes along a beautiful peninsula. The holes that hug the coastline are truly breathtaking, but such dramatic scenery comes at a price for golfers. When the wind blows, good scoring on this long course becomes more than a little difficult.

His only design in the whole of the British Isles, Norman put together the Trump International Golf Links at Doonbeg which it opened in 2002. In all he made 23 visits to the site and he apparently said that when he first saw the site he believed he was the luckiest designed in the world. Donald Trump bought the property in 2014 and has seen some changes thanks to the design work of Martin Hawtree.