Golf Monthly is supported by its audience. When you purchase through links on our site, we may earn an affiliate commission. Here’s why you can trust us. 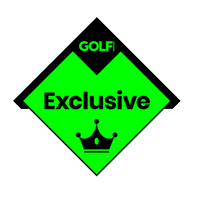 Thank you for signing up to . You will receive a verification email shortly.

Paul Casey has thrown his weight behind the move to install Luke Donald as Europe’s next Ryder Cup captain, saying the former world No1 would do a “fabulous” job in Rome next year.

That follows Padraig Harrington’s declaration that Donald would be a great choice to succeed him as captain, while Donald reacted by saying he was “humbled” at being thrust into the spotlight.

Casey and Donald’s careers have been closely linked ever since they teamed up to win both of their foursomes matches at the 1999 Walker Cup, spearheading a famous 15-9 victory by GB & Ireland over the USA at Nairn.

They later combined to win the World Cup of Golf for England at Seville in 2004, and were also Ryder Cup team-mates that year and again in 2006, winning on both occasions.

Donald proved more successful in world ranking terms, as he was No1 for 56 weeks, while Casey “only” managed to reach third place, in 2009. But his 19 professional wins is six more than Donald's – and he has proved far more durable.

Both Englishmen are now 44, but Donald has not managed a victory since 2013, while Casey has won four times since turning 40. And he has been a member of the last two Ryder Cup teams, while his contemporary has had to settle for a role as vice-captain.

Casey says that behind-the-scenes experience means Donald is more than ready to take over the reins. He explained: “Luke certainly has got the man-management skills and the technical know-how, there’s no question about that.

“I think the sort of production line we have in place is great. You don’t have the first idea of what being a captain entails unless you've been there either as a player or a vice-captain - and maybe more so as a vice-captain because as a player you are just trying to play.

“And despite playing on five teams, there is a lot that goes on that players actually don’t know about. I would not know where to start in terms of what actually went on most of the time with Padraig, or Thomas Bjorn, or the other captains I have played under.

“Luke does, and I think he would be a fabulous European captain. What I have witnessed from him in his role as a vice-captain and in the backroom support staff has been phenomenal. As a former world No1 his playing career is second to none, and you don’t have a career like that without the attention to detail. He’s just got great skills both on and off the course.

“There are some other candidates for Rome who I also think would be fantastic. I am not putting all my eggs in one basket in terms of the 2023 captaincy, as I certainly would not discount Lee Westwood or Henrik Stenson. So I’m glad I don’t have to choose.

“But obviously, I’ve got plenty of history with Luke, as we’ve won a World Cup, we were partners at the Walker Cup and were shoulder to shoulder for Europe on a couple of occasions too. So I feel I’m in a pretty good position to rate him. And of course I would love to play for him.

“I am 44 and I will be 46 when we get to Rome. But you never say never. I don’t know which Ryder Cup will prove to be my last one. If Rome was to be my last one, I think that would be amazing.

“I actually thought Paris would be my last Ryder Cup. But here we are having played Whistling Straits last year, and talking about the possibility of making it to Rome. I don’t like the idea of going out on a bad defeat like last year’s, so I’ll be doing my utmost to qualify – whoever gets the nod as captain.”

David brings a wealth of experience to Golf Monthly as a freelance contributor having spent more than two decades covering the game as The Sun's golf correspondent. Prior to that, he worked as a sports reporter for the Daily Mail. David has covered the last 12 Ryder Cups and every Masters tournament since 1999. A popular and highly-respected name in the press tents around the world, David has built close relationships with many of the game's leading players and officials.